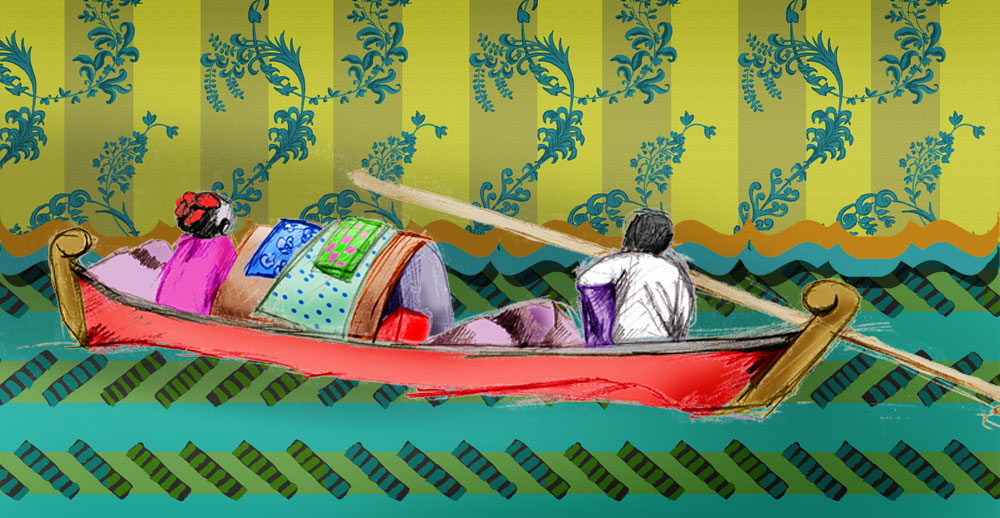 GETTING AROUND BY BOAT

The Irrawaddy River cuts Burma in half, flowing from north to south. Sailing on it is a way to discover magnificent landscapes – cultures here, teak forests there, fishing villages on the banks, villagers washing themselves in river waters.

Upon his arrival, King Mindon instructed Captain Louis-Barthélémy Morin to conduct an inventory of the existing navy.

"[...] and a multitude of tiny ships covering the Irrawaddy that will increase the royal fleet at the first requisition, the sovereign being absolute master of both water and land. »

Be it in the 19th or 21st century, it is likely that these ships have remained the same and would have been part of the Royal Navy if King Mindon had wanted them to be. One can go from Mandalay to Bagan by boat, the "cruise" on the Irrawaddy taking the whole day. It allows you to discover life on the banks of the river - men bathing, fishermen fishing, women cooking, children playing…

GETTING AROUND ON BICYCLE

We walked a lot, like all Burmese people. However, you can use the most pleasant means of transport: bicycles available in hotels. But beware of the streets gullied by the last monsoons, especially at night, since the city becomes almost pitch black at around 6pm! Only the lighting in a few shops allows one to see the roadway. Cars don't turn on their headlights, nor do mopeds, nor bicycles.

Strolling along the Irrawaddy River at sunset is a delightful walk. The gentle warmth of the dusk  covers November in a soft light.

In the early morning, women leave with their overloaded bicycles for the big market in Zegyo, the nerve centre of trade since the 19th century. Broomsticks, brushes and feather dusters are handcrafted in the suburbs of Mandalay. They say the best ones are made of bird feathers.

Many sagakeli, 2 or 3-seat bicycles, like sidecars, are parked most of the time in the middle of the street, creating monster traffic jams. Drivers, such as our own, are waiting for customers.

The trip costs a few Kyats.

GETTING AROUND BY TRAIN

This is a great way to travel in Burma – as long as you don't get motion sickness.

It must be said that the trains date back to the origins of the railway adventure recounted in the film "The Bridge on the River Kwai".

The not-very-well-maintained rails turn finishing the route into nothing less than an achievement. Ten hours of being jolted and swayed right and left leaves an impression, to say the least !

Only the lucky find a seat in good condition. Otherwise, the ordeal becomes hell. The conductors are not very accommodating, and everyone must stay in the seat assigned to them. This is undoubtedly a way of keeping an eye on foreign travellers, whom are not highly-regarded by the military government.

During our trip between Moulmein and Yangoon, we were followed by a member of the secret police. In the car, everyone warned us - with eye gestures - to be wary of the spy.

The trains do offer libraries of books handwritten on fabric, not printed.

At mealtime, everyone takes out their picnic meal and shares it. At each stop, merchants come to sell their shrimp, fritters and cakes. It's cheerful and friendly, and exchanges are made by gestures, smiles and drawings. 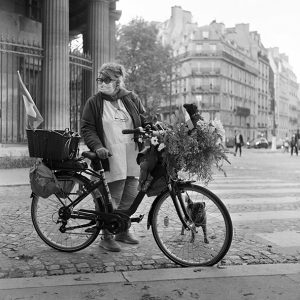