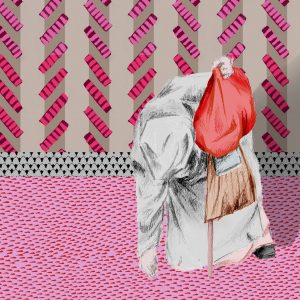 In Port-Saïd, Louis-Barthélémy worked with the port services. After a few months, he did not see a very profitable future for him in this canal company, thus he accepted the command of a Kedivieh Postal Company ship, a position offered to him by the French General Consulate in Alexandria.

After the "Neguilhé", Louis-Barthélémy was given command of the "Behera", the grandest of ships in the Egyptian navy, a yacht that the viceroy, the Khedive Ismaïl Pasha, had luxuriously fitted. The grandest ship as well as the largest, with a 314-foot keel (about 80 metres long) and a 400 horsepower engine, which was quite substantial at the time.

It was during one of his crossings that he met the Burmese ministers who suggested that he come to Mandalay to build King Mindon's fleet.

SOME SKETCH OF EGYPT