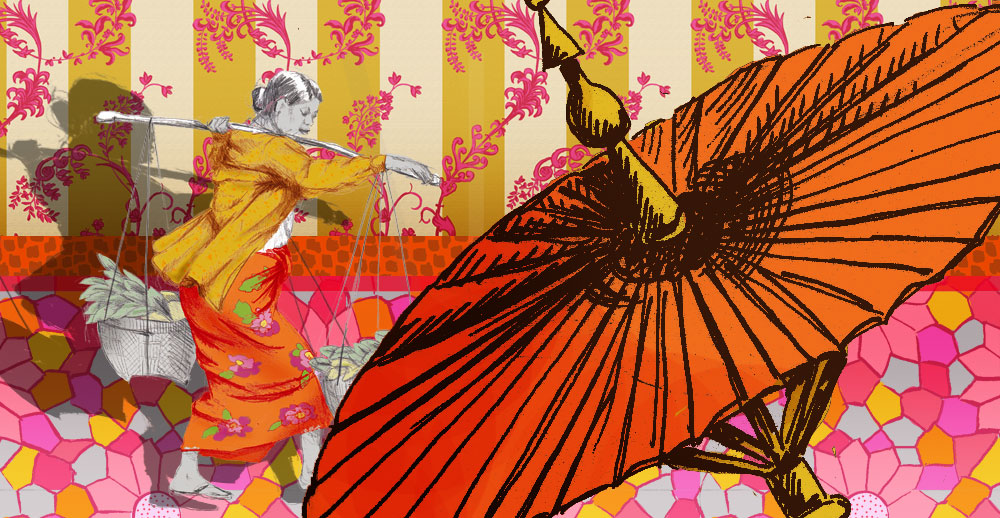 In Mandalay, I was immediately attracted to life on the street. Everything here is calm, quiet, silent. No untimely horn-honking, but haunting and mysterious sounds coming from temples and pagodas.

To land in Mandalay in the 21st century is to go back in time. Nothing could be more exhilirating for me than to find myself in the atmosphere that my ancestor had known 150 years earlier.

Louis Barthélémy left us small notebooks filled with classic, regular and precise writing: The impressions of a Malouin landing in Mandalay and at the palace of a king who very quickly became his friend.

Her first vision was of the women, dressed in longyi, carrying baskets or packages on their heads. "Proud, beautiful and smiling, they wear heavy yokes and water hoists, walking quickly " he reported. 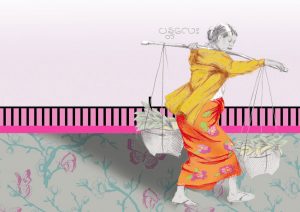 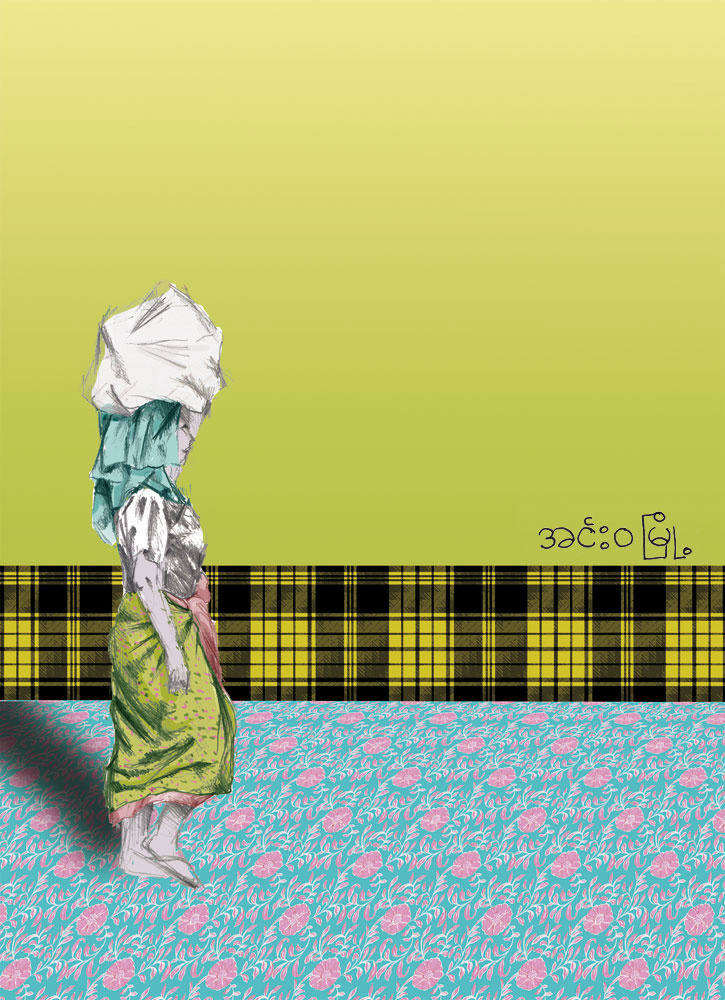 These women are beautiful, smiling often, and seem gentle.

In Rangoon, Brittany men married to Burmese women told me :

«You know, in Europe you can no longer find this kind of woman, one totally devoted to her husband and children. If they have recriminations, they might/can wait for months to find the right time to disclose them. So there's never any conflict in the relationship... oops"

Similar to those described by Louis-Barthélémy, they carry jugs or water pallets.

Today, as water flows through the taps, women use it only to transport vegetables for sale at the Zegyo market, west of the royal city.

At 44 years of age, it is understandable that this handsome man could have put himself in danger for the love of one of these exotic beauties. Probably falling under the spell of one of King Mindon's daughters, he married her and thus became "Royal Prince of Burma" - prince consort in short.

When the family realized that he was already married in Saint-Malo, the blows fell, causing his death in the following months, in 1878, upon his return to Saint-Malo.